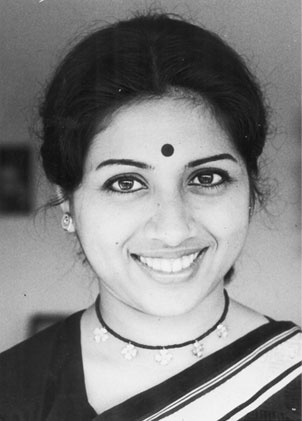 Internationally reputed dancer, Tanusree Shankar, is the choreographer and the chief inspiration of the academy and troupe bearing her name. Tanusree, who trained for seven years under Amala Shankar, has developed a kind of choreography, which reaches out to audiences worldwide. Her choreography is not a combination of classical dances, but is outstanding and original, giving concrete shape to the music that inspires it and is based on the Shankar technique of “New Dance”, following the path shown by Uday Shankar.

Recipient of the Sangeet Natak Akademi Award for 2011 for her contribution towards Creative and Experimental Dance, Tanusree has conducted Master Classes at premier institutions in U.S.A. like the Martha Graham School of Contemporary Dance and the Alvin Ailey American Dance Center. She has also conducted various workshops in Reading for the WOMAD Festival, Birmingham and Leeds in UK. She has interacted with various contemporary American and British dance companies and institutions, and is excited at the prospect of international artistic collaborations