We the Living, is inspired by Sufi poet, Jelaluddin Rumi’s, “Human Being”, translated in English by Coleman Barks.
‘We The Living’ envisages beings as having transcended cultural systems, religions and even elemental forms/specificity; existing neither as body or soul; neither in this world or the next; but seeing the two as one. Tanusree Shankar’s presentation celebrates what may be called the life force: she moulds her vision into a choreographic structure representing this force as evolving out of chaotic, amoebic shapelessness to attain bodily form. To this are added the five indriyas or senses, and then the nine rasas or emotions, residing like guests in the body. Before these differences can be harmonized into an integrated whole, there is a process of intense searching, as if by a devotee who looks everywhere for God, only to realize that divinity lies within. Realization is followed by surrender, represented by the whirling, trancelike movements which culminate in the integration of the devotee with the divine; and the harmonized and interpenetrating state of ecstasy is like the blowing of a blissful breeze.

PAR 64- 70
T Spot PC- 06
LED PAR- 16
1.2 HMI MOVING HEAD- 02
PALCO- 08
SMOKE (To be operated from Board)- 01
HAZE Machine (To be operated from Board)- 02
LADDER STAND(3 in each stand)- 08
POWER PACK- 08
Necessary DMX interface and Splitter
Avolites console
Side wings: Ladder stand, 03 lights will be on each ladder.
Sufficient G/C clamps to hand the lights.
Colour gels will be carried by the group.

2 mikes (either cordless or with long cord) with off-on switch will be needed announcements / speeches etc.

Best quality 16-channel mixer, amplifiers and loud-speakers should be arranged according to the capacity of the auditorium / pandal.

To hear the music, two monitor-loudspeakers should be kept on both side of the stage and 2 monitor speakers to be placed near 2 dressing rooms.

2 Pcs. best quality C.D. players will be needed as our music is pre-recorded. 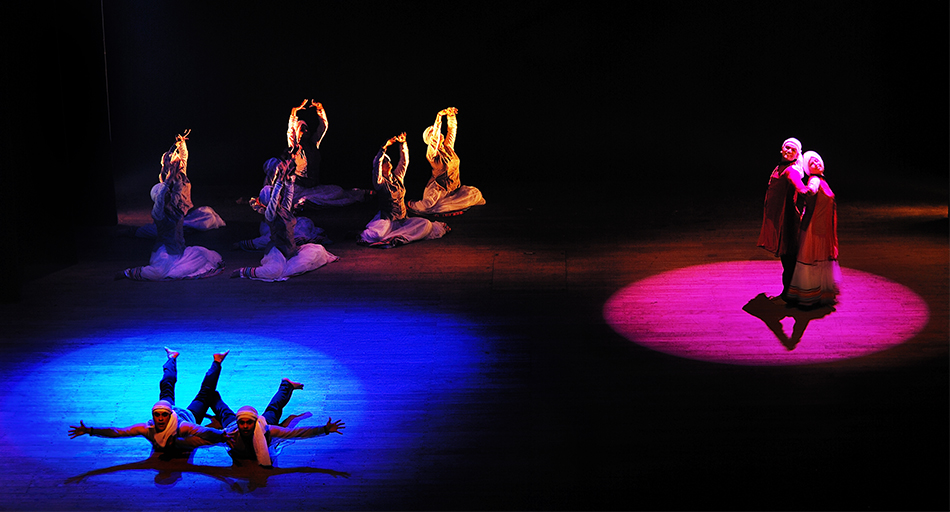