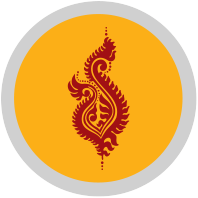 Dancer and choreographer TANUSREE SHANKAR is the Artistic Director of Tanusree Shankar Dance Company (TSDC) which began its journey in 2002 in Kolkata. Based on the creative style, pioneered by the legendary dancer Uday Shankar, Tanusree has developed a kind of choreography known as “New Dance” which is innovative and contemporary. The dances, set to the vibrant music of visionary artiste Ananda Shankar and others, are presented in a theatrical manner to reach out to audiences worldwide. The dances are a perfect blend of the rich Indian traditions and the more open outlook of the west – they are Indian in spirit, modern in presentation and universal in appeal.

The members of Tanusree Shankar Dance Company (TSDC) are accomplished dancers having performed both in India and in more than 40 countries. They have performed in many prestigious festivals, including Middfest International in U.S.A., the Womad Festival in U.K. & Canary Islands, the Edinburgh International Fringe Festival in U.K, Maximum India Festival in USA & Canada. The dancers have participated in residencies, conducted by renowned international dancers and choreographers, like Jacqulyn Buglisi, Andre Tyson, Janet Kaylo, Jaan Freeman, Margaret Jenkins, Akosua Boakye and Vincent Cacalano.