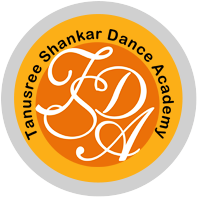 Uday Shankar (1900 – 1977): Giving eloquent expression to creativity is the natural prerogative of a genius. Uday Shankar was a genius who gave a new dimension and direction to the grammar of Indian dance, going beyond the traditional and exploring new rhythmic body movements. He evolved an idiom that is both timeless and universal, a celebration of contemporary sensibilities. Dance became the language to express day to day experiences in an aesthetically rewarding way. This unique form on innovative modernism came to be called the Shankar Technique of New Dance.

Uday Shankar never formally learnt any classical forms of dance yet he was the pioneer in creating a new ‘GHARANA’ of stage presentation which is followed by millions of artistes, big or small. He is remembered as the father of ‘Indian Ballet’ and the person who brought contemporary dance to India and popularized Indian dance abroad.

Amala Shankar was the pillar of support to Uday Shankar both in life and in his creative works. Amala Shankar is not only a very warm human being she is also a very versatile artiste. Apart from being a brilliant dancer, a loving teacher, she is an unusual painter who is a constant source of inspiration to all of us. 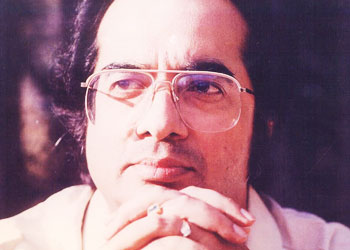 Ananda Shankar (1942 – 1999): Musician and composer, Ananda Shankar, son of dancers Uday and Amala Shankar, learnt the sitar under Dr. Lalmani Mishra at the Benaras Hindu University. An exposure to, and an understanding of western trends subsequently complemented his Indian classical music training. This helped to create Ananda, the music visionary – pioneer of distinctive new age music that broke national, generational and cultural barriers, defied categorization and contributed to the musical experimentation that only much later came to be called ‘fusion.’

Music brought Ananda numerous awards and honours in his lifetime, including the prestigious National Award received from the President of India, an honourary citizenship from the Governor of Maryland and the Mayor of Baltimore.

He was an original musician of the world before the term ‘world music’ was invented. Open minded and far – sighted, he opened a door on to possibilities that seem even more relevant now than they did in the sixties